Congratulations to Utile Inc. from Massachusetts, Boston, and Lord Aeck Sargent from Atlanta, Georgia  with moving forward to Phase II of the Domesticity Design Competition. The domestiCITY submissions will be on exhibit at the Museum of Design Atlanta (MODA) until April 30, 2018 and will culminate at Atlanta City Hall for the Department of City Planning’s Customer Appreciation Day in May.

Everyone wants a home of their own.

Addressing challenges of the site while also responding to the core values set forth by Atlanta City Design—Equity, Progress, Ambition, Access, and Nature.

Most American cities have discriminated against single occupancy dwelling arrangements. Long associated with transience and illegal behavior, SROs have been systematically marginalized by zoning codes that have favored the presumed stability of the nuclear family over other forms of habitation. This mid-twentieth century vision for stable communities is increasingly overshadowed by a more complex and diverse twenty-first century population that is not only living longer and getting married later (if at all), but also struggling with housing affordability.

These include elderly singles, college students or young college grads, the temporarily employed, disabled adults without families, and formerly homeless veterans, to name a few examples. These diverse populations are generally not well served by the housing stock in Atlanta and beyond, which almost exclusively is designed for families. Those who choose or need to live alone for convenience or affordability, generally must look for roommates, the odd basement apartment or other ad hoc arrangements which are not well represented in the real estate market.

Small dwelling units have been recently rediscovered as a viable housing type, sometimes called “micro units,” but mostly in dense high-rise and high-cost urban environments. We propose to adopt some of this trend, and to reestablish the link between modestly sized dwellings and affordability in a less rarefied low-rise environment. 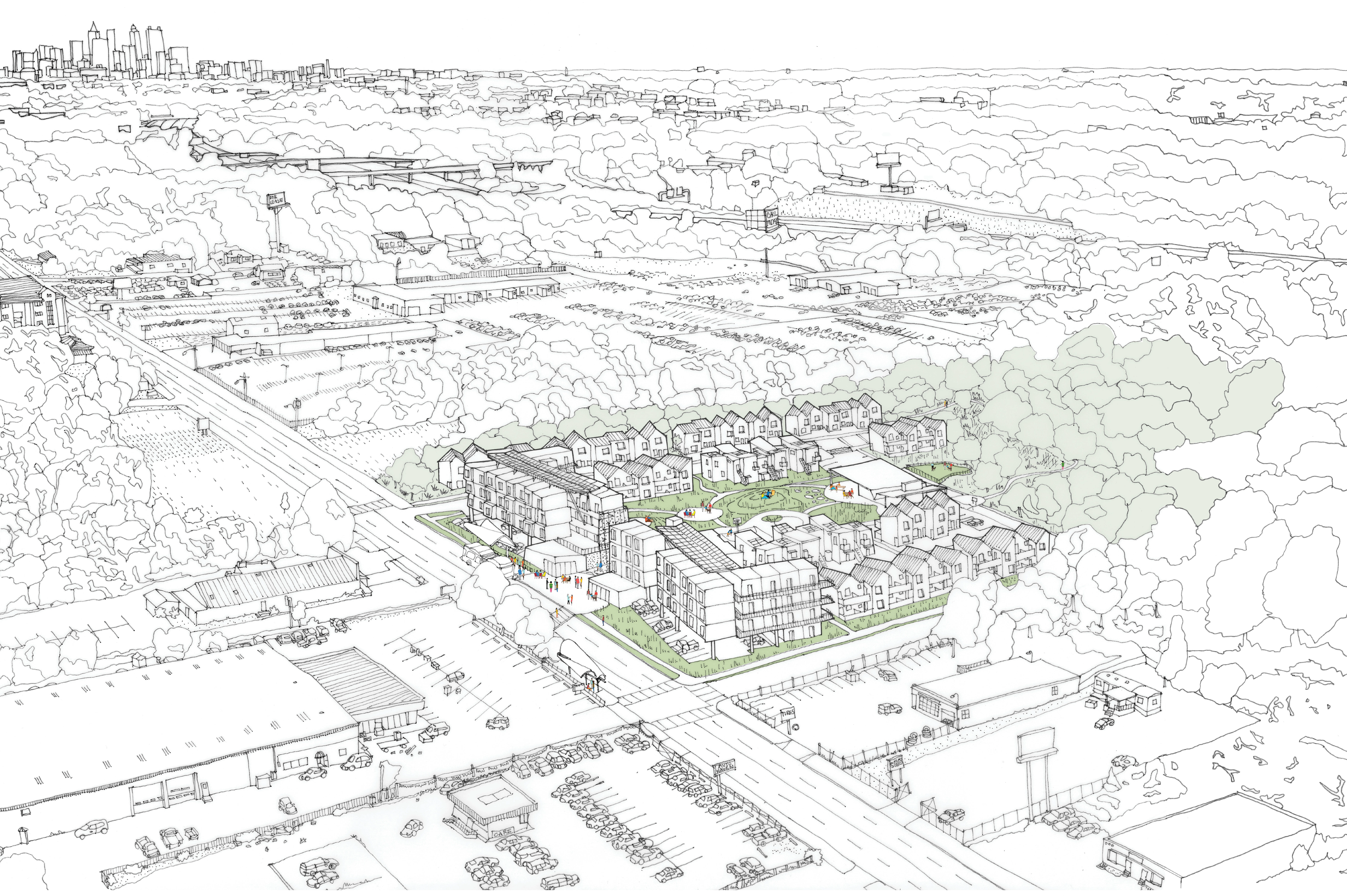 Our goal is to destigmatize the type and create a community and unit design that not only meets the quality threshold for deeply subsidized housing—safe, clean, dignified—but is good enough to be marketable to other populations who are able to pay moderate market rate prices.

Our intent is to replace the existing SRO units on site with more permanent housing, and also to exploit the inherent economies of small dwelling units by creating a community that integrates a more diverse and growing cross-section of the population that for a variety of reasons—age, health, income, job-related mobility or other personal reasons—live alone. The Santa Fe Villas site should be equally attractive to those with few options to leave and those who can choose to live elsewhere.

Foster community through housing clusters and variety of housing types.

Provide spaces for community shelter and emergency services during acute climate shocks such as power outages.

Preserve existing woodlands and enhance connections to the South River Park, the “lungs” of the city. 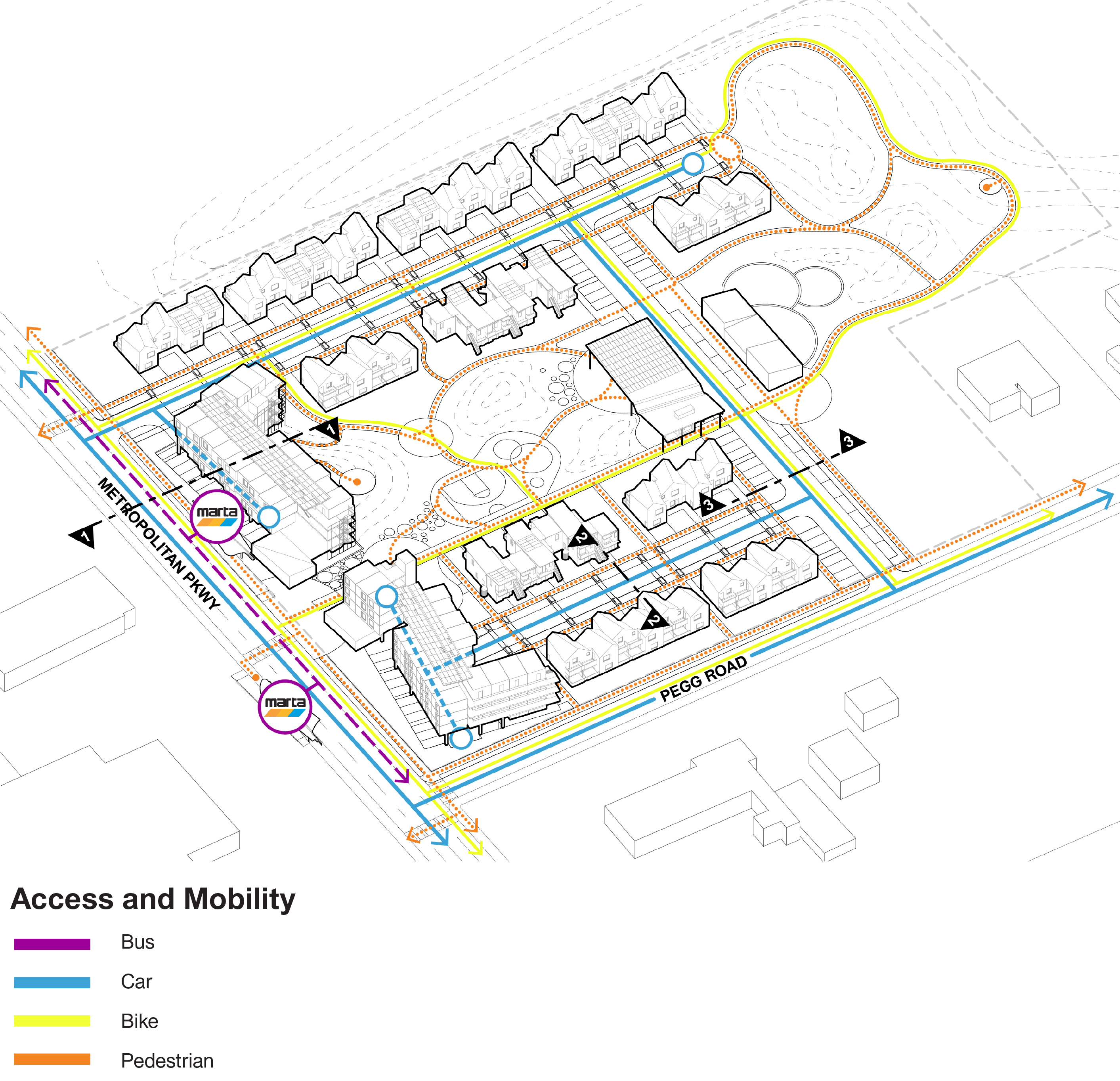 As Atlanta is at a crossroads of rethinking “affordable” housing and designing the future growth of the city, the project goals are: 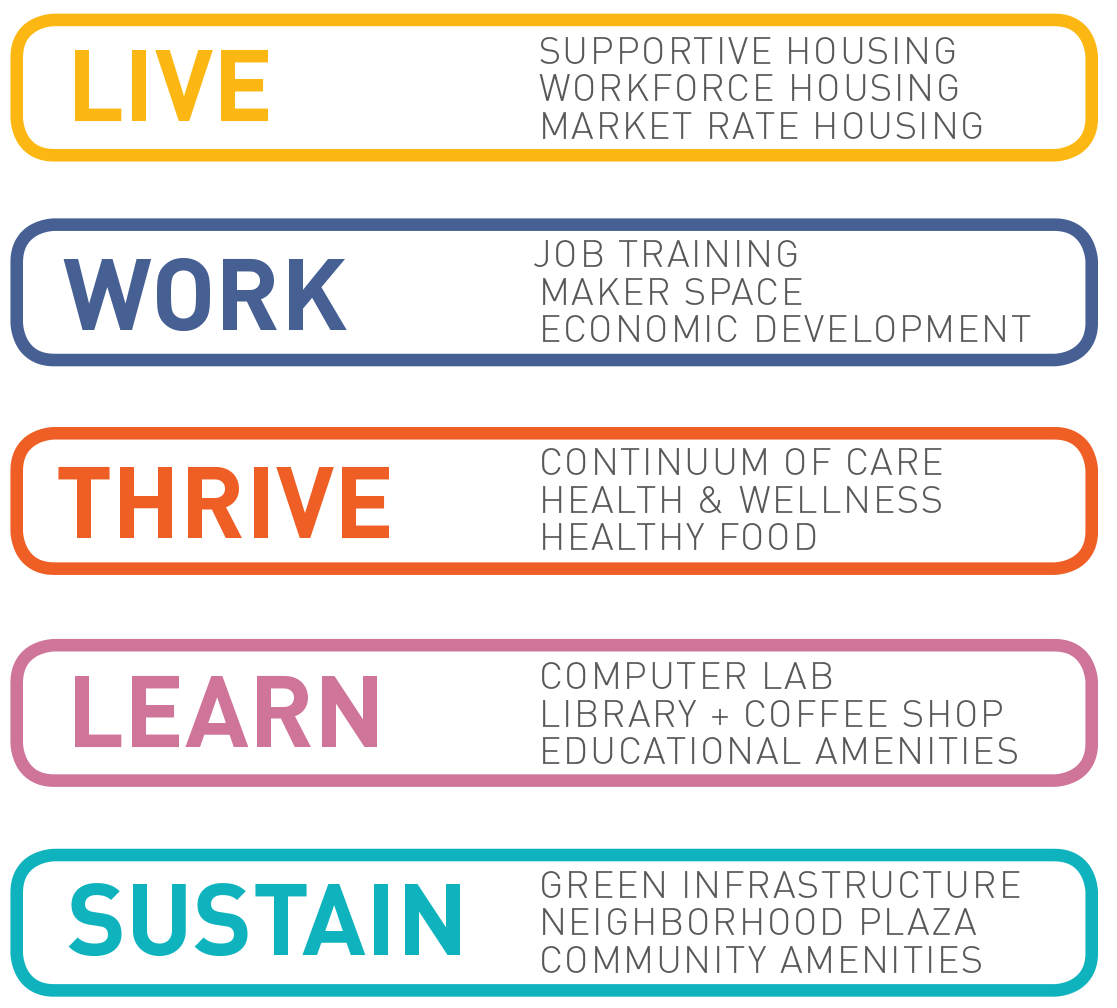 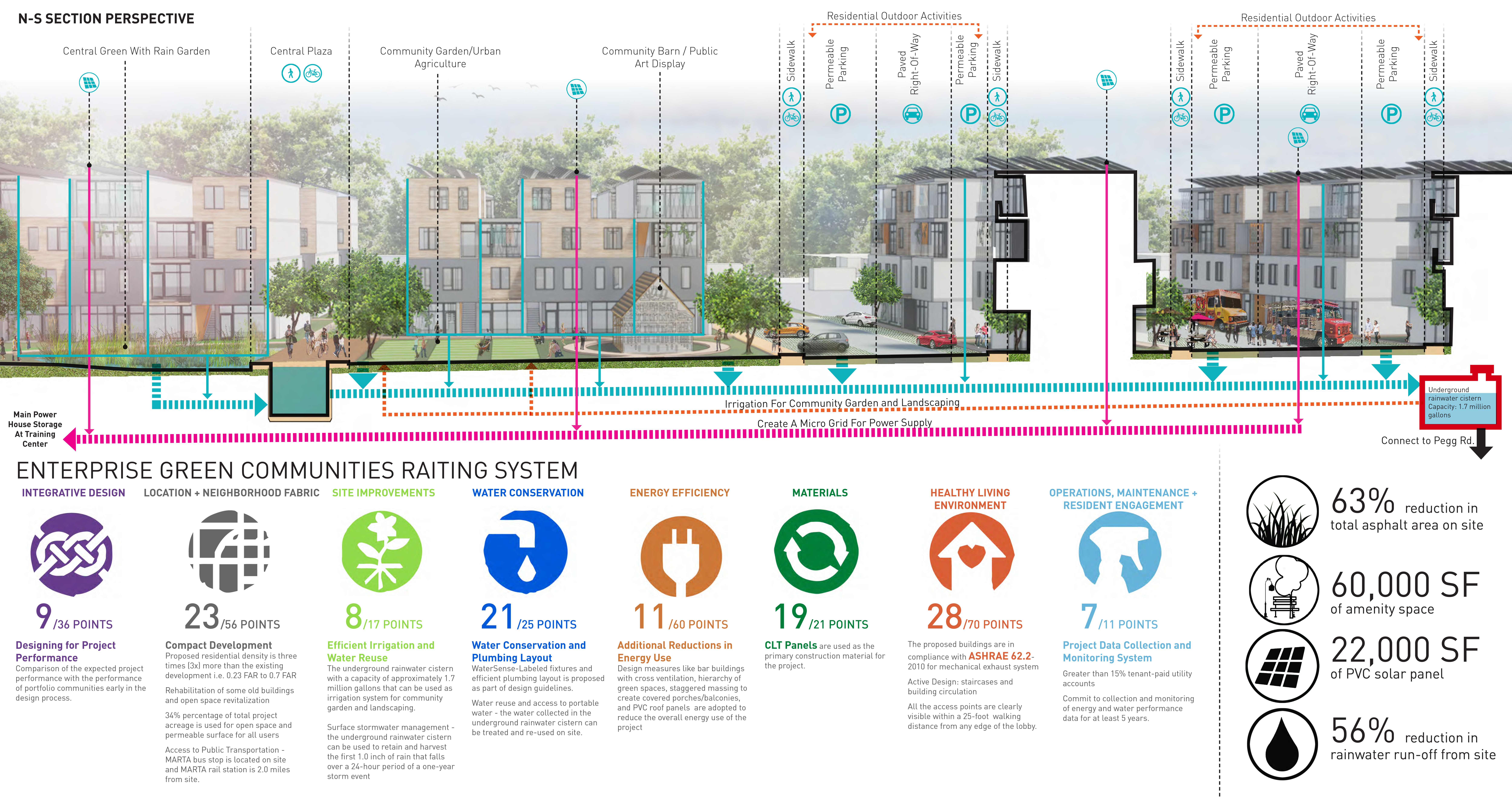 TO CREATE AND MAINTAIN AN AFFORDABLE, EQUITABLE,
AND INCLUSIVE COMMUNITY

TO EMPOWER RESIDENTS THROUGH EDUCATIONAL AND ENTREPRENEURIAL OPPORTUNITIES